Handväska! is an over-the-top, super-fast, physics-based, antifascist first person shooter (or first purse-on shooter). Players have 15 seconds to smash as many fascists with their purse as possible and send them bouncing off of buildings and clouds like pinballs in a pinball machine. Handväska! was developed using Arcadia in collaboration with Jane Friedhoff for the 2017 Global Game Jam in Brooklyn. It is available on itch.io as a pay-what-you-want download with all proceeds going to anti-hate organizations. Handväska! won “Best use of Politics” at the game jam and was featured by Polygon, Autostraddle, Kotaku, Motherboard, and A.V. Club, among others.

The premise comes from the 1985 Hans Runesson photo A Woman Hitting a Neo-Nazi With Her Handbag which captures the moment before Danuta Danielsson’s handbag connects with a Nordic Reich Party member’s head while marching in Växjö, Sweden, as well as the well documented physical assault of white supremacist Richard Spencer. Taking from Jane’s Playing With Resistance essay, Handväska!’s goal is to be a power fantasy for those who feel powerless in the face of rising fascism. 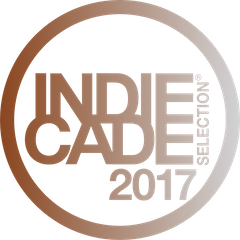